Promoting careers in the crane, rigging and specialized transport industry

If you are enrolled in the VA Health Care System, getting your flu shot at Walgreens or Duane Reade is easy.

A Soldier Without a Uniform

Did you know that 72% of CEO's are concerned about the availability of key skills today?In fact, 49% of them are planning to adjust their talent strategy to focus on their leadership pipeline.  If yours is like most organizations, individuals with critical skills like leadership, problem-solving and communication are in demand.

A special recognition for donations of $500 or more by individuals or institutions given in honor of a Veteran or group of Veterans is available from the Lake County Veterans and Family Services Foundation.  It is called the Circle of Honor, and the first member of this esteemed group of warrior-heroes is Pete Lane made possible by the generous donations of the Koziol Family Foundation to the Soldier Pete Peer Support Specialist scholarship fund. Joining Soldier Pete  are Vietnam Veterans Michael D. Bohrman and Kenneth B. Luttel and SSGT Frank P. Jaros for anonymous donations made in their memory to the Foundation's General Fund.  To make a donation in the name of your Veteran, click here. 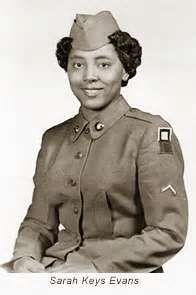 Sarah Louise Keys took a seat to make a stand long before the national media had their camera lenses zooming in on the everyday fight by people of color for their civil rights. In 1952 she was humiliated, removed from the bus by police and jailed for exercising her right to sit in the seat of her choosing. The federal law stated she had the right. The prejudice of the South said she did not.

Together We Can End Domestic Violence and Sexual Assault

The NO MORE PSA Campaign, spearheaded by the Joyful Heart Foundation in partnership with NO MORE and directed by actress and advocate, Mariska Hargitay, involves more than 50 celebrities and public figures asking bystanders to get involved. After 18 months in development, with critical input from domestic violence and sexual assault organizations, we are excited to launch this campaign.

Beginning September 2013, the three-year PSA campaign rolled out across the country in local and national markets via print, broadcast, online and outdoor advertising and in major airports and medical facilities. The Ad Council's Endorsed Campaign program has endorsed the campaign, and The Entertainment Industry Foundation is also helping generate awareness. Other major partnerships include Viacom, Lifetime Television, ConnectiVISION Digital Networks/ClearVISION and OK TV!. Our Veteran Peers are Trained by

1. Click on logo to read who's hiring in Lake County

3. Stay up to date on Veteran employment information.  Get stats delivered directly by subscribing to:

Clinicians: Get the lastest information on from the V.A.  Just Click Above.

Wills, Trusts and Estate Law from

or general questions from